The abuse of grace; where we have failed God 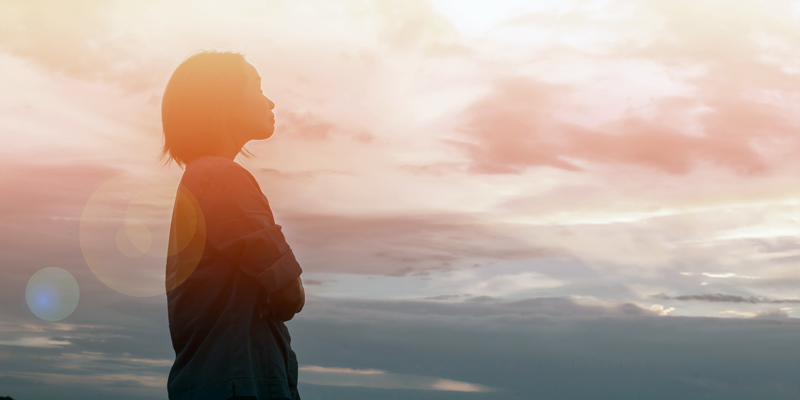 Topic: The abuse of grace; where we have failed God

“Who are you, O great mountain? Before Zerubbabel you shall become a plain! And he shall bring forth the capstone With shouts of “Grace, grace to it! Moreover the word of the Lord came to me, saying: “The hands of Zerubbabel Have laid the foundation of this temple; His hands shall also finish it. Then you will know That the LORD of hosts has sent Me to you.”

What shall we say then? Shall we continue in sin, that grace may abound? God forbid. How shall we, that are dead to sin, live any longer therein? Know ye not, that so many of us as were baptized into Jesus Christ were baptized into his death?

In my other article about grace I summarized grace and everything it is about. The link to the article is below.

Read: Understanding the true meaning of the word – ‘Grace’

In Zechariah 4:7-9 we saw a man whom God gave grace to complete the building of the Second temple. Zerubbabel utilized the grace of God and built the temple. One thing I would point out in this story is that- grace doesn’t take a way human effort. God’s grace for Zerubbabel’s temple did not send Zerubbabel home to sleep or rest while He (God) did the magic alone. No!; but rather, with that grace, Zerubbabel’s hands finished the temple of God according to the prophesy.

What if Zerubbabel had gone home and stopped building the temple, what if he was waiting on grace to build the temple instead of making genuine efforts to accomplish the task? That grace will stop working on him obviously. Perhaps God would have left him and would then choose another builder and pour out grace on his obedient servant.

Surely, grace doesn’t totally remove human the effort but compliments it in a divine magnitude; that man may baffle and praise the God. For he that has been given grace ought to take advantage of the grace of God. He that has the grace of teaching should be in front of students teaching or doing the work. If such a man doesn’t make effort to be in a class, the grace of teaching is then useless unto him. For it is when he starts making efforts towards effective teaching that grace will show him the way it is done. The evangelist with the grace of preaching and evangelism must, study the bible, pray, make research and compile his sermon. He also has to go out to reach the unsaved. That grace will work immediately he sets his mind to do the work for which grace was given to him.

When a man who has been given grace, and he doesn’t do his own part for which the grace was given, it is called the “abuse of grace”.

Another point worth knowing is that grace achieves result or that grace is for achieving result. Example, if God desires to use a man to heal the sick, he pours out the grace of healing on him. That grace is to achieve divine healing when he prays for the sick. Likewise, the grace for prosperity should make a man prosper. As long as the man is willing to work, grace will show him the way to win.

The sequence is this:

The Abuse of grace

The problem of many Christians and churches is mainly at part where they would have to work with the grace or take advantage of it.

There is no doubt that Christ has gifted us grace to obtain forgiveness, should we not ask for forgiveness when we err? Of course not. Remember the Lord’s prayer, “..forgive us our trespasses, as we also forgive…”. Same should be said of all types of grace mentioned in the article: Understanding the true meaning of the word Grace .

On a more serious case, the grace for salvation has appeared to all men. This grace is given to those who have accepted Jesus Christ as lord and king. This grace is for one thing, and that is to enable us live saved and holy lives.

Brethren we are saved by grace. it doesn’t mean that we should not work out our salvation. Paul also agrees to this in Philipians 2:12-13 “Therefore, my dear friends, as you have always obeyed—not only in my presence, but now much more in my absence—continue to work out your salvation with fear and trembling, 13 for it is God who works in you to will and to act in order to fulfill his good purpose“

Note: Not that the grace says no, but it gives us the empowerment to say no!.

ALSO READ  Wicked Prophets with half truth - the bane of the kindgom planted by Christ, the tool of Satan against the Church

Many err greatly and abuse grace when they say “We are saved by grace, not by our works” No! It is righteousness that is by faith. But salvation is by accepting the saving grace of God. We are saved when we take advantage of this grace and use it to live holy and sanctified lives because that is what the grace was meant to accomplish.

ALSO READ  Shall we pray or shall we sing songs? - An urgent call to the Church for Revival Praying

When these erring believers argue they would bring up Romans 7:15 where Paul has said : “I don’t really understand myself, for I want to do what is right, but I don’t do it. Instead, I do … own actions. For I do not do what I want, but I do the very thing I hate“.

They use this passage as license to disobey God’s law and live immoral and wicked lives against God.

But for some reason unknown to some of us and for which God shall judge every man, these set of believers does not talk about verse 25 of the same scripture: Romans 7:25, which says: Thanks be to God, who delivers me through Jesus Christ our Lord!

In other words, God has delivered Paul from that nature of sin through Jesus Christ. But these people continue to live undelivered from their sinful nature. They continue to be under the bondage of sin clinging unto grace instead of using that grace to live holy lives. No! Brethren no!. Grace is an empowerment. If we start to make genuine effort to live resurrected lives, that is when grace will teach and show us how to win.

We must learn wisdom from God and not ourselves. The same Paul had testified in Romans 6:1- “What shall we say then? Shall we continue in sin, that grace may abound? God forbid. How shall we, that are dead to sin, live any longer therein? Know ye not, that so many of us as were baptized into Jesus Christ were baptized into his death?”

Paul also said in Titus 2:11-12 : “For the grace of God that bringeth salvation hath appeared to all men, Teaching us that, denying ungodliness and worldly lusts, we should live soberly, righteously, and godly, in this present world”

Surely Paul acknowledges that grace is doesn’t teach us to remain in sin, while claiming to be saved by grace. Grace doesn’t teach us that we are free to sin and go back for forgives, that there is always forgiveness; no! The spirit teaches us that lie is the fleshy spirit behind the “abuse of grace”.

Ananias and his wife certainly did not received this free grace to wrong God and run back to him to ask for forgives. But God struck him immediately and took grace away from him. It is true that as long as we are in the time of the gentiles, there is hope to obtain mercy and forgiveness and salvation; tut let us not abuse this grace because one day it will expire.

For we must know this: that until we start to utilize or take advantage of this grace to live holy, saved and sanctified lives full of the presence of God, we don’t know what we profess when we say we have grace.

Surely, if a man wants to migrate to Canada from Nigeria, he has to purchase the things he will need in Canada. He also has to sell things he will not be needing anymore. He also has to purchase Visa with his resources and pay for a flight to Canada. Why do many Christians who want to be in heaven- a holy land made for the holy and saved, stay in sin and continue in the works of old? Why do they cling so tight to free grace and ignore the works of those who are saved?

Once again I do not write to unbelievers but to the churches. Our God has great zeal for his church and he wants everyone to bend to his words and will. Not everyone will receive it, but those for whom it has been given will receive it.

May the God of Grace grant grace to you my reader and to his Church; Amen!!..

Pre-requisite for God’s deliverance, His restoration power, His help and His returning back to our lives

If we continue to sin, believing that God will forgive us when we ask for forgiveness in prayers, we deceive ourselves.
Read more
Prayer

Shall we pray or shall we sing songs? – An urgent call to the Church for Revival Praying

Many Church member come with problems to the house of God, they sing songs and dance unto God but still go home with their troubles as if our God has changed or loves when we suffer.
Read more