Do not boast in yourself for you are mere dust

Do not boast in yourself for you are mere dust

I Ogba Victor: a bond servant of Jesus Christ in the ministry of the Holy Spirit unto the Churches.
Read more

11 Give us today our daily bread.12 And forgive us our debts,    as we also have forgiven our debtors.13 And lead us not into temptation,    but deliver...
Read more

Testimony- How prayer saved me from failure

Who is the Holy Spirit?

But ye shall receive power, after that the Holy Ghost is come upon you: and ye shall be witnesses unto me both...
Read more

True greatness in sight of God – (The Christian)

" When the ten heard about this, they were indignant with the two brothers. But Jesus called them aside and said, “You know that the rulers of the Gentiles lord it...
Read more

Baptism of the Holy Ghost is an experience a Christian man and the Christian church cannot do without.
Read more 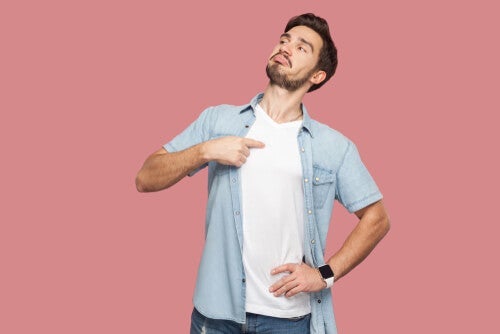 “Then the LORD God formed a man from the dust of the ground and breathed into his nostrils the breath of life, and the man became a living being. “

“In the sweat of your face you shall eat bread till you return to the ground, For out of it you were taken; For dust you are, And to dust you shall return.”

What is the definition of boast?

Cambridge dictionary defines boast as: to speak too proudly or happily about what you have done or what you own.
Rev. Dr. Ogba Onyeije defines boasting as speaking or acting proudly of who you are, your possessions, achievements and what you will do without recognizing God.

In the book of Genesis the bible says that God formed man out of the ground and molded man out of the dust of the earth. The bible says that God breathed into man and man became living soul. After man had sinned against God by eating the forbidden fruit, man was cursed in Genesis 3:19. God said to man – “In the sweat of your face you shall eat bread till you return to the ground, For out of it you were taken; For dust you are, And to dust you shall return.”

He was the third Pharoah of the Nineteenth Dynasty of Egypt. He is often regarded as the greatest, most celebrated, and most powerful Pharaoh of the New Kingdom. In Exodus 5:2 Pharaoh Ramesses said, “Who is the LORD that I should obey His voice to let Israel go? I do not know the LORD, nor will I let Israel go.”
When Pharaoh made this statement, God’s wrought was kindled. God decided to harden Pharaohs heart all through the Plagues of Egypt until his own Son- the heir to his throne was killed with the other first sons of Egypt. God wasn’t satisfied. He continued to harden Pharaohs heart and the King pursued the Israelites to his death and that of his military in the Red sea. It wasn’t until 1881 that his mummy was discovered in an ordinary wooden coffin. Pharoah Remesses asked who the Lord is and the Lord replied him till the His identity wasn’t questionable.

Daniel 4 :30 The king spoke, saying, “Is not this great Babylon, that I have built for a royal dwelling by my mighty power and for the honor of my majesty?”.

After the king said the above, God replied him through Daniel saying “They shall drive you from men, your dwelling shall be with the beasts of the field, and they shall make you eat grass like oxen. They shall wet you with the dew of heaven, and seven times shall pass over you, till you know that the Most High rules in the kingdom of men, and gives it to whomever He chooses.”

And so it took Seven years living and learning as an animal in the forest University for King Nebuchadnezzar to learn that man should not boast.

Acts 12 …22 “And they began to shout, “This is the voice of a god, not a man!” 23 Immediately, because Herod did not give glory to God, an angel of the Lord struck him down, and he was eaten by worms and died.”Herod, when praised, should have ascribed it unto God alone. Instead he actingly received God’s praise and he paid with his life. History tells us of his quote before he died. For he was quoted to be full of regrets and acknowledgement of his mortality and frailty.

After the great Titanic ship was built and ready for first voyage, Captain Edward was asked how safe the Giant Titanic ship was. He boastfully replied “Even God cannot sink the ship”. Unfortunately in that first trip, God replied him. The ship sank and the Captain died.

During the Presidential campaign, he said if he got 500,000 votes from his party, not even God would remove him from Presidency. Sure he got the votes, but he got sick a day before being made President, then he died.

Wilder is particularly known for his formidable punching power, having knocked out every opponent he has faced, except Tyson Fury. His knockout-to-win ratio stands at 98%, with 20 knockouts in the first round. Before his 2020 rematch with Tyson, Wilder who had lost no professional bout before that time said “..Even God cannot help Fury this time.” That was it!! He presented God the perfect opportunity to show him that he was nothing but dust given strength, life and wisdom to excel. He got outclassed and knocked out. His unbeaten run was over. God gave him a bitter lesson that He (God) rules the universe, and even though He remains unseen no one can do without him.

Brethren, the skilled doctor, the perfect artisan, the master of craft and engineering were all given wisdom and understanding by God. Even the intelligent Guru who has refused to follow God was given his intelligence by God. The life we live in which we make one achievement or another belongs to God. If so, why should men boast? Why should men talk as if they have achieved without God.

Men must repent of all boastings and turn a humble state unto the glorification of the unseen God. The God of Israel who became visible through our Lord Jesus Christ. I Ogba Victor, a servant to the Churches do admonish all believers with the word of the Lord and if the unbeliever cares to hear; the Lord God Almighty awaits all praises and worship. We must not give in to foolish pride or boasting. For if we boast, let it be that we know God and his son Jesus Christ. Amen!

Pastor Ogbahttps://ogbavictor.com
Pastor Ogba Victor is a Levite and Pastor with the Assemblies of God movement in Nigeria. A friend of God and A servant to the Churches.

My gospel is not my own....
Read more

I, Ogba Victor a servant of Jesus...
Read more

Managing the household of God as...
Read more

For, behold, the darkness shall cover...
Read more

God is going to do great things in our time just like He promised. RevivalFire is a Pentecostal revival aimed blog to help Christians know and understand truths that gave birth to the Church. On this blog you will find truths you may never find in the modern day Church that lacks the power of God, but these are truths that birth Holy Ghost revival.