True greatness in sight of God – (The Christian) 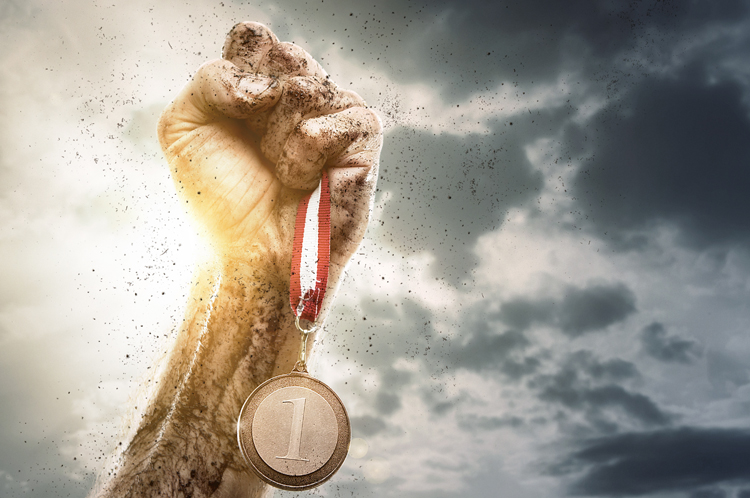 Topic: True greatness in sight of God – (The Christian)

” When the ten heard about this, they were indignant with the two brothers. But Jesus called them aside and said, “You know that the rulers of the Gentiles lord it over them, and their superiors exercise authority over them. It shall not be this way among you. Instead, whoever wants to become great among you must be your servant “

What does it mean to achieve greatness?

According to dictionary, To achieve greatness means to reach state of eminence, distinction and superiority. I myself define it as to achieve a visible superior state among others in a particular field of life.

In the church of the living God, greatness is achievable. Among Christians greatness is feasible. To be outstanding in the race to eternal life and service to God is possible. However if the ways of God are not exactly the ways of men; what then is greatness in Gods own perspective.

In Mathew 20:26, the disciples- John and James became desperate to be outstanding. They hungered to be called great among their brethren and to sit on his right and left throne-side in glory. So they met with the Lord and requested for the glorious opportunity to sit beside the throne of the master. When the other disciples heard this, they became indignant. Then Jesus saw their reaction to the situation and gave them a shocking hidden truth. A truth human wisdom may not comprehend, but we already know that the ways of God are not the ways of man. For the foolishness of God far exceeds the wisdom of men says the bible. Jesus told them- “whoever wants to become great among you must be your servant”.

Jesus dropped a bombshell on their ambitious discipleship. Who the heck wants to be a servant of others? Everyone wants to be enthroned. Everyone loves and wants to be at the top. In the order of humanity great people are not servants, they are the masters and leaders of others. They are revered and made like kings. However the disciples saw that reply, it remains the Lord’s standard for achieving greatness in the Christian race. Hallelujah!

At this juncture I want to point out that greatness is far from just doing more than others. For you to be a true great you have to be greatly outstanding. In Christianity, one has to serve in honesty, humility, soberness, without pride, and with all zeal to please God. With so many functions and areas where a man can serve in the church of God, an outstanding servant in his duty may end up an outstanding deacon, an excellent pastor, an outstanding evangelist, an outstanding teacher, a superior chorister and so on. But, we all can’t be deacons, pastors, choristers and all that. The man who serves in these capacities must acknowledge that he is a servant and is serving God, the church and humanity.

The question is, can we all be deacons, deaconesses, Pastors, Choristers, teachers and so on? The answer is no! So what about the rest who occupy no position in the church, is there any hope for greatness? Yes!!

A story was told of a man of God who was successful in his Pastoral ministry. God was working in his Church in a great dimension and the church of God was waxing strong. One day he had a vision from God. In that vision God gave him a parcel/gift and told him it belongs to a person in the church who is working very hard and pleases his spirit. The man of God woke up with joy and excitement and with hope that he was the owner of the gift having advanced the kingdom of God on earth. But on a Sunday service God spoke to him and showed him the woman who owns the gift. According to the story, that woman and her fervent true prayer was the story behind the success of the church. The fiery power of God present in the church was as a result the secret prayer life of that woman. She served the church, she served God, she served her Pastor in honest prayers and served her fellow church members. And when God was out to mention great achievers in that Church, He skipped our great minister, the deacons, the deaconesses, the prayer band group who pray fire, (Note Child of God : There is a big difference between honest/true prayers and the ones we see in the church these days even in Pentecostal Churches. I pray the great spirit of God to whom I was called to serve will empower me to effectively make that publication soon.) and located a simple woman who is serving in her post.

ALSO READ  THIS, THEN, IS HOW YOU SHOULD PRAY; The Lord's Prayer practical praying model
ALSO READ  This is why God is not quick to bless and prosper the work of your hands

This is Gods own greatness and that is how greatness in achieved in the church of God; through service. And of all service positions in the house of God, prayer is of utmost importance. A church that refuses to evangelize can be revived with prayers but a church that doesn’t pray can not be revived with evangelism. Evangelism is the heartbeat of God. Whereas Prayer is the spine of the Church and the Christian man. For no man is greater than his prayer life. Even the vision-less man is made great in genuine prayers. In the ministerial gifts and callings, some were called to be pastors, some are evangelists, some are teachers, some are apostles, some are prophets but all Christians are prayer ministers unto God and the church. Giving every man called unto salvation a shot at true greatness in God’s vineyard.

Why become only an excellent teacher when you can become a true great Christian. Why settle to the title of an outstanding deacon when greatness calls in the primary service area of all children of God- Prayer. Why become a powerful, renowned evangelist when true greatness beacons in earnest prayers as great service to God, the Church and mankind.

Why do I emphasize so much in genuine prayers as a way to serve and reach a great level no matter what position you occupy in Gods vineyard? It is because we all can’t be deacons, ministers, choir singers and all that. But we are all prayer partners in the Lords Spirit and we all can be made great in true and genuine prayers. I still remember a night I prayed to God in tears. AT about 4:30 AM in the morning, Satan came to my house. I know of a great man of God who never stops praying for the Church and his leaders to do well. Whenever he prays I listen to his deep and honest groaning for other servants of God like him and I am moved. No wonder Mary the queen of Scotland said “I fear the prayers of John Knox more than all the assembled armies of Europe“. Prophet Elijah was known as a praying prophet.

There is little or no greatness in selfish prayers when you only serve your needs, that of your household, break alters, destroy family alters and so on. These prayers are good. They are indeed prayers needed especially in these times when evil and darkness are on rampage and so we must pray them. But a Christian who wants to stand out, who wants to have a shot at greatness must also make out time to intercede fervently, with broken heart and tears for the ailing Church, for the work of God on earth, for sinners, for men of God who are the instruments of God. We must break alters and demonic hands crippling prayer life of the church and liberate Gods people. For these are true and genuine prayer points and that is what God is looking for.

Finally brethren, put on the whole armour of God and serve diligently in whatever area God has given you to serve him. If you serve like a servant unto God and serve diligently, you will be called outstanding. If you truly want to be a great then to your service area add prayers for therein is true greatness. If you lack the fire and grace, ask from God, and he who lacks strength must pray.

May the God of peace grant you grace for service in Jesus name Amen!!!

Baptism of the Holy Ghost is an experience a Christian man and the Christian church cannot do without.
Read more
BackToGod

Cain had a nonchalant attitude towards his worship and service of God. He never wanted to do his best for God, he wanted to be allowed to put in whatever is good to him. Hence, his sacrifice and worship were rejected.
Read more
BackToGod

As Christians we are in a blood covenant with God. This covenant was established by Christ Jesus and sealed with His blood. In this Holy covenant is an agreement; God has His own role to play and we as Christians, have our own role to play. God’s ability to keep His part is the faithfulness of God to His Covenant.
Read more