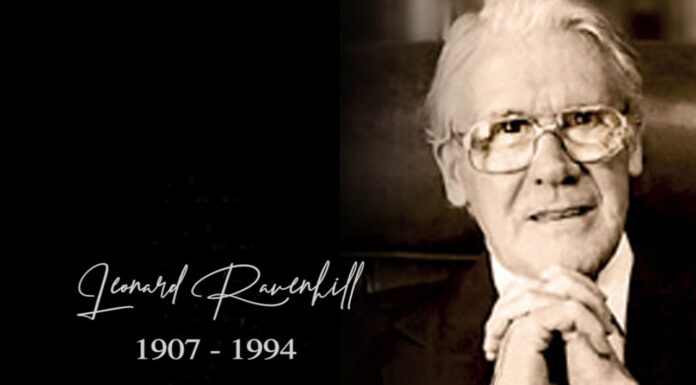 In an old town in Ireland they’ll show you with reverence a place where four young men met night after night after night praying for revival. In Wales, there’s a place in the hills where three or four young men only 18 or 19 years old met and prayed night after night. They wouldn’t let God go; they would not take no for an answer. As far as humanly possible they prayed a revival into birth. If you’re thinking of revival at your church without any inconvenience, forget it. Revival costs a lot.

I can give you one simple reason why we don’t have revival in America. Because we’re content to live without it. We’re not seeking God – we’re seeking miracles, we’re seeking big crusades, we’re seeking blessings. In Numbers 11, Moses said to God, “You’re asking me to carry a burden I can’t handle. Do something or kill me!” Do you love America enough to say, “God, send revival or kill me”? Do you think it’s time we changed Patrick Henry’s prayer from, “Give me liberty or give me death,” to “Give me revival or let me die”?

In the 30th chapter of Genesis, Rachael goes to Jacob and throws herself down in despair. She says, “Give me children or else I die.” Are you willing to throw yourself down before God to seek the spiritual birth of spiritual children in our country?

People say, “I’m filled with the Holy Spirit.” If the coming of the Spirit didn’t revolutionize your prayer life, you’d better check on it. I’m not so sure you got what God wanted you to get.

ALSO READ  Tested by fire; narrow is the path that leads to the kingdom of God
ALSO READ  Let Us Return to Holiness; God is Holy

We need to get like this woman, Hannah. What did she do? She wept, she was grieved, she said she had a complaint, she fasted – and she prayed.

Jesus, the anointed of God, made prayer His custom. Paul, with his background and intellect, depended on prayer because he said he was weak. David, the king, called himself a poor man and cried to the Lord. Hannah prayed for a son and gave birth to a prophet. The prayers of a handful of young men sparked revival.

There’s nothing more transfiguring than prayer.

What is depression? How a Christian can live above it!

Most times depression comes as a result of satanic manipulations from demonic and wicked spirits. Did I just say that? Yes!! I just did.
Read more
Holy Spirit

I Ogba Victor: a bond servant of Jesus Christ in the ministry of the Holy Spirit unto the Churches.
Read more
Blessings

Exposed! The real truth concerning the blessings, and prosperity of a Christian Part 2

From part one of this series, I told us that there are other highly important things we must consider if we...
Read more